I recently set sail on a new adventure – getting locals singing shanties here at The Dreadnought Pub in Leith. Researching nautical songs and sea shanties I came across this curious tale of  Auricular Trauma.

Ever heard of The War of Jenkins’ Ear?

It is April 1731 and in the warm waters off Jamaica the good ship HMS Rebecca is being searched by Captain Juan de Leon Fandino and his Spanish coastal officers aboard ‘La Isabella’.

HMS Rebecca’s Captain Robert Jenkins has a bit of a reputation as a smuggler so whilst his officers go below, Captain Fandino has Captain Jenkins bound to the mast 3 times, (once with a cabin boy at his feet to weigh him down) before cutting off Jenkins’ ear.

Juan instructs Robert to return to Britain and show his ear to the King.

Doing as he was told in spring 1738 Captain Jenkins finds himself addressing Parliament with his pickled his ear in a jar. 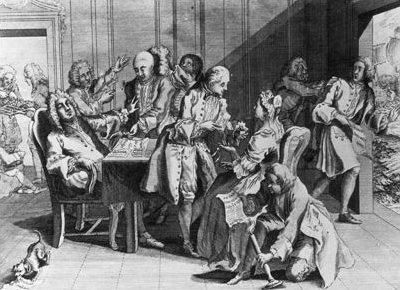 Out on his ear!

“And own the Spaniard did a waggish thing, who cropt our ears, and sent them to the king” – Alexander Pope

Reacting to this “waggish thing” George II gave permission for The War of Jenkins’ Ear – a war that lasted nine years.

Whilst I’ve never been a fan of the song ‘Rule Britannia’ I never knew that it was originally written to celebrate the taking of the strategic trading-post Portobello by Admiral Vernon (aka Old Grog – the man who watered down the rum ration) in November 1739 during this conflict. Portobello near Edinburgh as well as the famous market street in London were both christened as part of the celebrations. 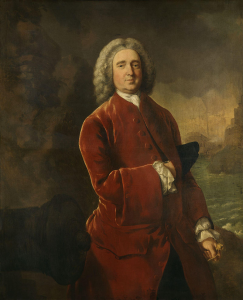