Trailblazers, Tea and Tales of Tenacity

As part of the Luminate Creative Ageing Festival this month I have been taking tea with two inspirational trailblazers, Isobel Wylie Hutchison and Sara Hawkins.

Isobel Wylie Hutchison, arctic explorer, writer, botanist and poet was born at Carlowrie Castle outside Edinburgh in 1889 and on what would have been her 130thBirthday I was invited to tell tales of her adventures in a celebration of her life with Beverley Casebow at The National Library of Scotland where we explored their collection of Isobel’s letters diaries and films. 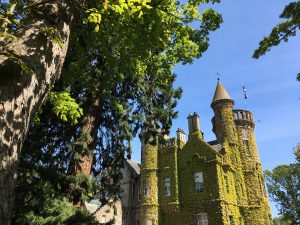 A beautiful venue full of stories!

The Marshall family, who bought the castle from Isobel’s estate in the 80’s, gathered at Carlowrie last week in memory of Isobel and announced a new prize to honour her struggles to overcome adversity Paralympic champion Karen Darke MBE became the first recipient of The Isobel Award

Researching the award I also became fascinated with the work of nominee Sara Hawkins who established Projekt 42 in Leith following a traumatic event in her life in 2012. Her not for profit gym enables those suffering from stress and anxiety to find affordable counselling and fitness by building healthy bodies and healthy minds whatever their background and whatever their level of physical fitness.

I was lucky enough to meet Sara yesterday and she is an inspiration. 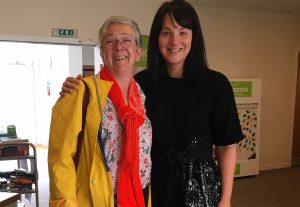 Carlowrie Castle is now a stunning boutique hotel set in extensive grounds and it was easy to imagine the idyllic childhood the Hutchison children must have spent playing in their beautiful home. The garden was Mr Hutchison’s pride and joy and at the age of ten Isobel was gardening with her father when he asked her what she would like to be when she grew up. She replied that she wanted to be a writer. 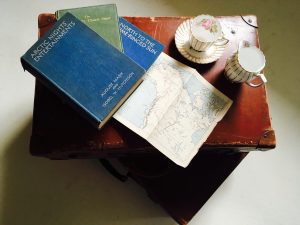 Taking Tea with a Trailblazer

Isobel’s father died before her eleventh Birthday and by 1915 she had also lost her two brothers, both to tragic accidents. Isobel found walking was the best way to deal with her grief, and a stroll for Isobel was usually at least 100 miles. Isobel walked to maintain her mental health however in 1917 Isobel went to study at Horticultural College and caught the Spanish Flu.

Those spared by the deadly virus speak of a post viral depression that turned the world grey. In 1920 Isobel suffered a mental breakdown and spent the winter in the Hebrides in Tiree. Living next to a village school she encouraged the children to plant thousands of bulbs, rosebushes and lilies. In the spring the school room floor was a sea with colour as she judged the best bulb grown in a jam jar. Standing on a beach in Barra Isobel determined to become a traveller and a writer and botany gave her the opportunity to explore Greenland in 1927.

Isobel’s adventures travelling alone as a botanist and an explorer are documented in her books and her diaries and I first came to hear of her when I bumped into artist David Mola outside Fair Maid’s House in Perth where the Scottish Geographical Society have their own collection. Writer in Residence Jo Woolf’s book has a fascinating chapter devoted to Isobel the first woman to win the Mungo Park Prize in 1934.