I am excited to be taking part in The Last Post Project in my local community. Victoria Primary School in Newhaven has a fascinating story to tell about their part in The First World War and with the help of local historians and the Newhaven Community Choir we will be singing the Last Post on November 11th for former pupils James Gordon – aged 17- and Garn Wood – aged 20- who lost their lives in November 1914 on HMS Monmouth in the Battle of Coronel off the coast of Chile where all hands were lost.

As a fishing village, Newhaven was no stranger to those in peril on the sea.  I will be making a sea themed memorial with P7 chldren and we will also be singing a lullaby to the German mariners lost on SMS Blucher in January 1915. Some of the grateful survivors were rescued and brought ashore at Victoria Quay nearby in Leith. Many sailors who died were cared for in local hospitals and some later buried with military honours in Edinburgh cemeteries.  In 2015 I will also be doing an art project with the P6 children based on the fate of a former pupil in the Gretna Rail Disaster. 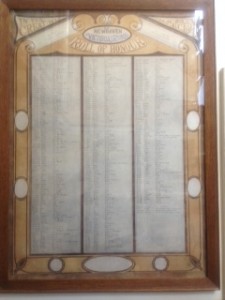 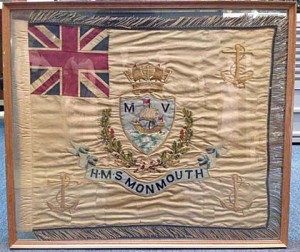